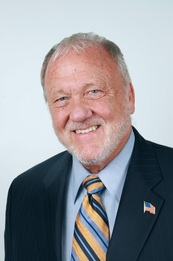 John F. Derr, R.Ph, FASCP is a strategic clinical healthcare global corporate executive with hands on experience and P&L responsibility in the majority of all the facets of healthcare products, services, and organizations.

BOARD OF DIRECTORS (BOD), BOARD OF TRUSTEES (BOT) and BOARD OF ADVISORS (BOA) experience:
DERR’S ROLE IN CLINICAL HIT - In 2004 Derr was the Executive VP (COO) of American Health Care Association (AHCA)/National Center of Assisted Living (NCAL) which represents the majority of skilled nursing facilities (SNF) and assisted living facilities (ALF) in America and attended the Press Conference where HHS Secretary Thompson announced President Bush’s Executive Order. At the meeting, Secretary Thompson asked Derr to coordinate LTPAC HIT. Even though, from the beginning, LTPAC has been third priority to hospitals and physicians Derr has been a positive influence on National HIT policy to include the care of the elderly and disabled in the national program. The first step was to form a collaborative of all the LTPAC stakeholders. This was accomplished in 2005 when Derr as a representative of AHCA met with the other senior living company now called LeadingAge and the American Health Information Management Association (AHIMA) to form the LTPAC HIT Collaborative 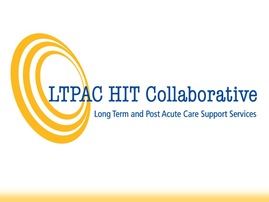 Derr in his role as one of the founders of the Collaborative has worked with the four National Coordinators to ensure, as much as possible, the inclusion of LTPAC providers and HIT vendors. Derr has been appointed to numerous top-­‐level federal committees where, many times, he is the only pharmacist and elderly LTPAC advocate. He has also been a leader in assisting providers and vendors in their strategic planning to play a major role in the new healthcare environment.
Derr, with his unique hands-­‐on experience and current involvement in HITECH Act implementation at  the  national  level,  is  one  of  the  strategic  leaders  for  LTPAC  clinical technology. Not only does he participate at the national and state level, he has practical hands on experience. He was SVP and CIO for the second largest LTPAC provider corporation in the US. He joined Golden Living, LLC in January 2007. Golden Living has over 300 skilled nursing facilities; assisted living facilities; 7,000 therapists; home and hospice care agencies, and a high technology pharmacy division. Golden Living has over 63,000 patients under their care everyday of the year providing paper based chronic longitudinal care. When he joined as the CIO there had not been a CIO for years, most software applications were proprietary, out of version, or using outdated operating systems.  The total HIT infrastructure was so out-­‐of-­‐date that Derr knew it would never be able to produce an electronic medical or health record. In three years Derr’s strategic planning and leadership proposed, had approved by ownership, and implemented one the most advanced clinical HIT infrastructures in LTPAC. Golden Living’s HIT infrastructure has features required for providing high-­‐level electronic clinical care to the patients under their care. The company is positioned for future care and payment models. Through Derr’s network, Golden Living is one of the first LTPAC corporations to be a member of an HIE.

•      Inclusion of LTPAC in the transitions of care between providers, including Health Information Exchanges, Beacon Communities, and the Medical Home;
•      Person centric medication management;
•      Harmonization of electronic quality measures across the spectrum of care;
•      Consumer engagement in their healthcare;
•      Working with  providers  and  vendors  to  understand  the  new  world  and  their partnership roles;
•      Use of technology in telemedicine and telehealth;
•      Care at home after home care agency care;
•      Certification requirements; and
•      Strategic clinical technology planning required for partnerships.

DERR’S CAREER - Derr is interested in using his experience, knowledge, and involvement in the national HITECH Act program to work with providers and payors in developing and implementing short and long term strategic plans involving providing LTPAC or in partnering with acute care providers to include LTPAC.

Derr with his unique hands-­‐on experience and current involvement in HITECH Act implementation at the national level is one of the strategic leaders for LTPAC clinical technology. He was SVP and CIO for the second largest LTPAC provider where his strategic planning and leadership implemented one of the most advanced clinical technology infrastructures providing the features required to provide a high level of clinical care and the capability for the future care model.

Derr started his healthcare professional career in 1964 after spending five years as an active duty line officer in the US Navy (He Remained in the Active Naval Reserve for additional twenty six years including four years as reserve Commanding Officer of two Naval Reserve Destroyers. He retired in 1989 as a USN Captain). He has almost fifty years of top level domestic, international and government healthcare experience in almost every facet of healthcare.1