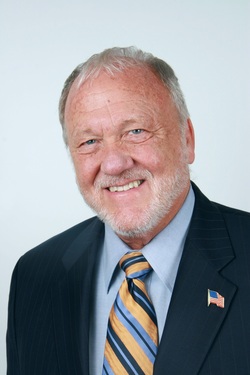 Mr. John Derr,, RPh is a strategic healthcare global executive. He has hands on experience and P&L responsibility in all facets of healthcare products and services including product development, information technology, technology transfer, product launch, marketing and selling. Derr has also extensive experience in the regulatory, membership support, and management of National healthcare associations, Federal Committees, and Foundations (501C3). Current major focus is on how strategic clinical technology can improve quality outcomes and quality of life of the elderly and disabled. Direct experience in the follow healthcare areas: clinical chemistry, pharmaceuticals, medication management, orthopedic implants, diagnostics, imaging, instrumentation, service, hospital management, long-term post acute care, lasers, and enterprise computer systems. He has experience as both a provider of care and as a vendor of technology in hospitals, Skilled Nursing Facilities, Assistant Living Facilities, and Home Care.

Currently he is on various committees and workgroups representing long term and post acute care (LTPAC) providers and vendors in the implementation of the 2009 ARRA HITECH Act. He has served as a member of the HHS Federal Advisory Committee on Standards since the Committee was formed in 2009. He had been selected to be on a number of Committee Workgroups including: Meaningful Use Implementation; Quality; and LTPAC Certification Workgroups. He became actively involved in implementing the 2004 President Bush Executive Order to digitize healthcare when then Secretary of HHS Tommy Thompson asked Derr to coordinate long term care health information technology. At the time Derr was EVP (COO) of the American Health Care Association (AHCA) and National Center for Assisted Living (NCAL). AHCA and NCAL represent the majority of Skilled Nursing and Assisted Living Facilities. He worked with LeadingAge and American Health Information Management Association (AHIMA)

In January 2007 after spending four years as Executive VP of American Health Care Association (AHCA) and National Center for Assisted Living (NCAL) Mr. Derr joined Golden Living, LLC as its Senior VP and Chief Information Officer (CIO).  When Derr was hired at Golden Living the previous corporation, Beverly Enterprises, Inc., a public corporation was just completing going private as Golden Living, LLC. Golden Living owns and manages over 400 skilled nursing, assisted living, mental health, hospice facilities as well as home care and rehabilitation therapy agencies. Gross sales of over $3B and caring for over 63,000 patients at any one time. As CIO he managed a staff of over 130 information technology persons who successfully operate a centralized information infrastructure providing clinical, administrative, and financial information to management as well as minimum data set (MDS) and Outcome and Assessment Information Set (OASIS) information to CMS. He realized that Golden Living with updated, proprietary, and old operating systems the corporation did not have an IT infrastructure that would support the future person centric electronic longitudinal care program (later to be called the 2009 ARRA HITECH Act), He developed, and wrote a 2007 – 2012 HIT Strategic Plan for how a large long-term post acute care (LTPAC) corporation will have to harmonize clinical operations and technology to provide the highest quality of care and quality of life to the patients under the corporations longitudinal spectrum of care. Golden Living invested over $100M in the implementation of this clinical technological strategic plan and took over the leadership role in LTPAC HIT. This investment was made even though LTPAC providers (Skilled Nursing Facilities, Assisted Living Facilities, Home and Hospice Care Agencies, Long Term Acute Care Hospitals, Independent Care and services including therapy, and medication management) did not qualify for HITECH Act financial incentives, as did hospitals and physicians. Golden recognized that electronic interconnectivity in transitions of care was the best for its patients. Golden Living, under Derr as the CIO then CTO, was the first LTPAC provider to be a member of a health information exchange (HIE).

Derr became active in national LTPAC HIT programs in 1998 when he joined the Sun Healthcare Group Corporation IT investment startup, Shared Healthcare Systems (SHS) as the VP of Business Development. He first formed the Information Technology (IT) Committee of the National Association for the Support of Long Term Care (NASL). He became a member of the NASL Board of Directors and the Chairman of the IT committee until 2007. During this time he recruited most of the major LTC IT development companies; established positive relations with CMS and HHS; involved members in the health information technology (HIT) standards committees; became involved in ensuring that LTC health information technology was at the table in IT legislative issues and gave numerous national speeches representing LTC IT. In 2002 as the Executive VP of the American Health Care Association (AHCA) he formed the AHCA IT Committee. This was the first time that IT had become a major LTC issue for AHCA/NCAL. This Association represents the majority of nursing homes 11,000 plus) and assisted living facilities in the USA. This IT Committee was made up of LTC IT developers and provider IT managers and brought the clinical aspect to LTC IT. In 2004 when Dr. Brailer’s appointment as the first National Coordinator of HIT was announced, Mr. Derr was asked by HHS Secretary Thompson to coordinate the long term care information technology electronic health record initiative. Mr. Derr formed the Long Term Living Workgroup under Newt Gingrich’s Center for Health Transformation. This group was made up of most of the LTC stakeholder organizations and was later replaced by the LTPAC HIT Summit Collaborative. Mr. Derr was a co-founder of the LTPAC HIT Summit Collaborative along with representatives from AHIMA and AAHSA/CAST. The first LTC HIT Summit was held in 2005 with subsequent summits every year. The ninth summit will be held in June 2013. This summit, which draws over 300 LTC HIT stakeholders, has the objective to establish and maintain a LTPAC HIT roadmap (now in its third version) and follow-up action plans for LTPAC interoperability and interconnectivity with acute and ambulatory care. In 2008, Mr. Derr was appointed a Commissioner of the Certification Commission for Health Information Technology (CCHIT) representing LTPAC. In 2008 President Obama supported President Bush’s 2004 Executive Order and in 2009 he signed the American Recovery and Reconstruction Act (ARRA) that included the HITECH Act. The HITECH Act provided a budget to President Bush’s 2004 Executive Order. The only problem was that President Obama left out LTPAC providers. Therefore LTPAC and Behavioral providers were not eligible for incentives. Mr. Derr has continued to be one of the leaders and advocates of LTPAC Clinical HIT being an active member of the HITECH Act. He is on many federal and state committees, National Quality Forum Committees,  Association Committees, written many published articles and given numerous national and regional speeches on LTPAC HIT to both care providers and developers in his leading efforts to include LTPAC HIT in the plans of care providers, legislators and regulators.

Mr. Derr’s experience in most facets of healthcare (business, clinical, national, and stakeholder associations) issues provides him with a unique overall knowledge in the new person centric longitudinal healthcare system of care. A strategic, creative and visionary healthcare executive with a clinical quality of care focus that brings to the business situation the following leadership skills sets and values from actual experience: